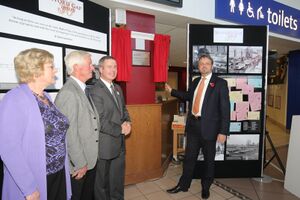 Below is a list of service areas organised by when they were opened. It gives you an idea how quickly they spread and when the industry really struggled, plus gives you something to compare the current rate of expansion to.

Motorway service areas can be awkward things. They only really count when blue signs are placed on the motorway, as that's when they start to form part of the system. But for all-sorts of reasons, some of these places existed for decades before those road signs were put up.

Where this has happened, we generally sort them by the date the signs were put up, but include the date that the place itself (or a similar facility previously built on that land) was built.

The following service areas don't fit in to either of the above categories, but the data has been recorded so might as well be shared.

This is not meant to be an exhaustive list: if a period seems to have seen a lot of service areas open, it may just be that there is a lot more data available for that year than others.

A-road service areas didn't have any official status until 1982 (although a few were given official road signs in the 1970s), and many of the older sites have evolved from historic facilities rather than having an obvious opening date. We have therefore tried to include only the places that obviously resemble a service area.

The following service areas are the ones we have an exact opening date for.

Note that this is more complicated than you'd think. Most service aras are opened in stages to get the money coming in before the building is finished. Many have a 'dummy run' where they quietly open so they can iron out any issues. Finally, there's then the official opening date, where the press are invited.

As we search our records, we find these dates have been mixed up. We're only interested in the date the main building opened, and have marked any entries where we think it might be wrong.