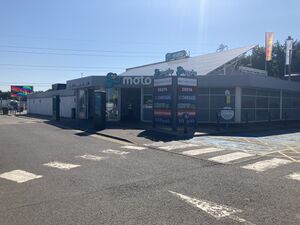 Enriched with facilities but not good looks, Toddington is a busy service area and the first in a while for traffic coming from the M25.

Prices are paid using PayByPhone. The location code is 2469 (northbound) and 2470 (southbound). 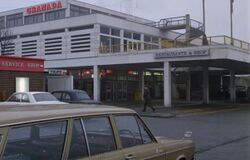 The head office for Granada services and later Moto, this combined with it being a very busy service station has meant it has often been used as a test bed by the firms for new ideas. Previously Granada had used Heston and their London office in Golden Square.

Despite being one of the oldest services Moto owns, it's also one of their busiest and most profitable, helped by the fact that there aren't many services to the south-west. Plans for services at Redbourn were objected to by Granada and refused.

The Little Chef here was the last to leave the motorway network, lasting until 2010. It may well have lasted a little longer as Moto wanted to set up a Costa stand at the entrance to the services, but those plans were refused as inappropriate development, so Costa took over Little Chef instead.

In July 2010, The Barber Shop on the southbound side, situated in a portable building in the car park, closed and reopened in December 2011 as a Faith Room.

Fone Bitz used to have stores on both sides here however the southbound store closed in 2018. A northbound Cotton Traders store also closed in late 2019. The northbound Fone Bitz store was later replaced with a Top Gift store in 2021.

A KFC opened on the northbound side in January 2019.