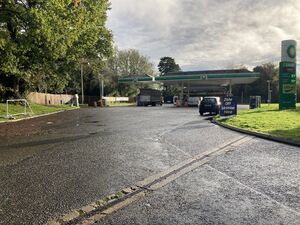 A23 southbound between Crawley and Brighton

The famous road to Brighton kicks off with a small service area hidden in the trees. 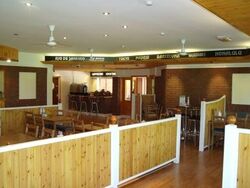 Inside the former AJ's.

Plans for a service area here were first put forward by Mobil in 1986. These plans included a filling station and motorists' restaurant. The site opened in 1987 next to the original A23 London Road with a Mobil filling station, and it was later joined by an AJ's restaurant in July 1990. In 1993, that road was shifted west, which meant the old service area was still accessible - albeit with a long slip road.

The AJ's went onto become the Handcross South branch of Little Chef in 1997 before closing in 2005. The restaurant later became Cherries Cafe and then Crama Romaneasca, which stopped trading in 2020 and currently lies abandoned.

The filling station was rebranded to BP in 1997, and in the mid-2010s gained a Costcutter store following its acquisition by MFG. This was later rebranded to Londis in 2018.