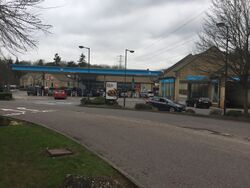 The regulations make it much easier to build a service area on an A-road than on a motorway, especially historically. This means that A-roads tend to attract operators who are experienced in developing and running much smaller sites, often pushing their brand partners more than their own name.

Increasingly, those forecourt operators are trying to move away from fuel sales, by developing more stand-alone drive thru restaurants and electric vehicle charging facilities. Some of those developments are also taking place at A-road service areas. Confusingly, this means that you often find two A-road operators standing by each other at the same site.

BP actively develop some, but not all, of the service areas that use their brand. These are Corporate Sites that trade under the name 'BP Connect' (previously 'BP Express'). They are increasingly scaling back on this operation.

The colossal EG Group business started out developing individual forecourts, including whole service areas like Monmouth. They now run food and fuel facilities all around the world.

Exelby Services Ltd are an operator of a group of services spread across north of England, generally larger sites aimed at the HGV trade, but providing facilities for all road users. One of the largest suppliers of bunkered fuel in the UK. They generally trade with Shell fuel forecourts.

Shell actively develop some, but not all, of the service areas that use their brand, known as Corporate Sites. They are increasingly scaling back on this operation. 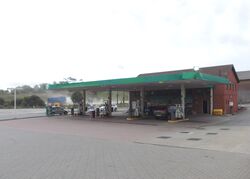 Formerly the largest independent filling station operator in the UK; itself formed during a merger of Malthurst and Pace. Taken over by MFG in 2018.

The name for Murco's former filling station sites who operated a number of self branded sites. Costcutter branding was used for their stores. All of these sites are now operated by MFG and are operated under BP, Esso, Jet, Shell and Texaco fuel brands.

ROC was the name used for corporate sites operated by Esso.

Snax 24 was a company owned by Gerald Ronson which ran 43 petrol forecourts and service areas across the UK. The Snax 24 name could also be used as, and started as the a company in retail shop associated with their forecourts, but in the end their sites were more commonly associated with a Mace store. In 2015 Snax 24 merged with Rontec.

Star was the name used for corporate sites operated by Texaco.