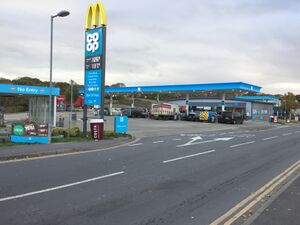 Co-op Petrol sites were sold to Asda in August 2022.

Co-op Food and/or petrol can be found at the following signposted service areas: