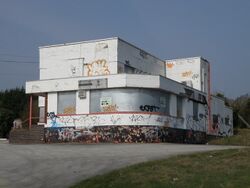 The closed Little Chef at Wansford.

The service areas listed on this page have been marked in our database as being fully closed.

It is by no means a precise list: there are hundreds of roadside eateries and petrol stations that have closed over the years, but we have only included the ones which were in some way remarkable. Most of these were either lost to road construction or rendered redundant by it.

Motorway service areas are generally too big and busy to totally close, so this list is mostly about smaller A-road sites. There are plenty of examples of motorway services that have been demolished and re-built (Heart of Scotland, Rivington, Northampton) or moved (Strensham, Aust). These don't make the list, and neither do the ones which are part-abandoned (Burtonwood, Markfield, Musselburgh).

If you have Google Earth or another KML reader you can download a map of abandoned services.

The following entries are marked as closed in our database. This does not mean that they have ceased trading all together, it just means that they are no longer a formal service area that serves the major road network.

These sites used to be signposted as official service areas, but no longer are:

What happens when a service area closes? 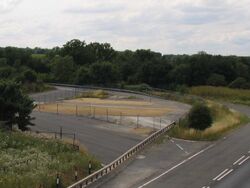 The former Abbots services, which closed in 2012.

As with many rules, the regulations around redundant roadside facilities were significantly relaxed in 2013. Now a closed service area can be converted to anything, so long as it passes through the usual planning process and convinces highway authorities that it won't create any congestion. Motorway service areas have a special status because motorways are not supposed to provide direct access to private developments, but even that rule has become very laid back.

Previously, a detailed policy was in place, stating that service areas built after 2008 would have a planning condition that the land would need to be returned to nature if the service area were to close. The Highways Agency also had a policy of opposing any plan to convert a former roadside facility into something unrelated. This appeared to be aimed mainly (though not exclusively) at facilities which benefited from direct access to the main road, due to their fears about additional traffic being generated.

During the 2010s, the design standards for connecting service areas to main roads were increased significantly. This means reopening a closed service area can require significant work, as happened at Seven Bridges.