The road between London and Oxford (actually just from Uxbridge to Wheatley) had one designated service area, Abbey Barns. It is named after Abbey Barn Farm.

Positioned between J3 and J4, Abbey Barns had four ghost slips provided as part of the original construction of the road, which was built in 1969. The land was not purchased, but its completion was expected to be timed to match the completion of the M40 to Wheatley, which happened in 1974.

Progress on Abbey Barns was scheduled for January 1970, and then deferred because of the number of service areas already being planned. The site was eventually opened to bids in 1973, describing a 24 acre site that required at least £700,000 be invested in it. It could be developed as one site or two, with a footbridge being provided, as well as a connection to the local road network.

No developers were interested. This had been happening a lot, and there was nothing they could do. Government policy was later updated to state that short motorways didn't need service areas, and planners "weren't sure" if the M40 even needed one. Instead two large lay-bys with toilets and payphones were built on the A40 Wheatley Bypass, which would act as the first place to stop for drivers leaving the motorway. 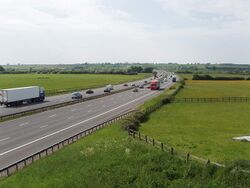 A public inquiry was held regarding Tetsworth in 1990, which ultimately led to planning permission being refused in 1991. Oxfordshire County Council had shared their "dismay" at the scheme, as they had been clear that they only wanted one service area in their county. The parish council were especially opposed to the idea, and concerned that the rear access would be used by too many vehicles.

After this the Department of Transport washed their hands of situation completely. In 1992, the government officially moved responsibility for planning new service areas from the DoT to the private sector. The DoT's failure to provide new service areas on the M40 was the main reason given, with the government arguing that the DoT were spending too much time and money dealing with planning issues. 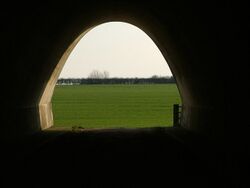