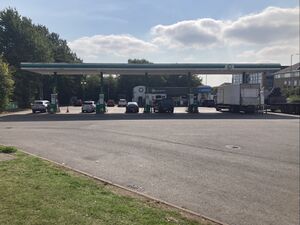 A444 southbound between Bedworth and Nuneaton

A large forecourt and hotel on the A444. It can be accessed by traffic travelling in either direction, but the exit leads inescapably to the A444 southbound. 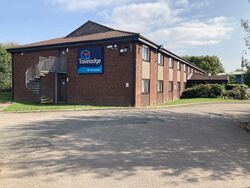 Around the same time, the southbound filling station became a BP Express site and gained a Wild Bean Cafe. The forecourt later gained a SPAR store and a Subway counter in 2015 following BP selling the site.

Applegreen acquired the site in 2018 and added a Greggs store in 2019 to replace the Subway store. In 2019 a number of Applegreen sites transferred to Welcome Break, but this one was excluded because it was too small.

There were plans in 2017 and 2018 to added a 21-bed hotel to the northbound side, but these were later withdrawn.