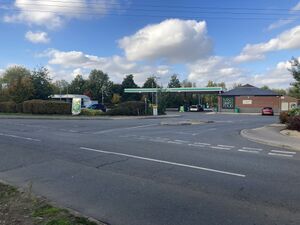 A relatively new addition to the A10, the filling station opened here in 2010 to create Littleport services. 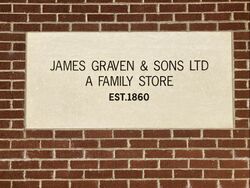 James Graven & Sons later sold the business onto BP Express in 2015 who removed the SPAR store and introduced a M&S Simply Food store with Wild Bean Café offering to the site. Evidence of their previous ownership can still be seen on a large engraved stone on the side of the sales building.

The site was subject to a break-in on 15 December 2017, which saw the sales building damaged.