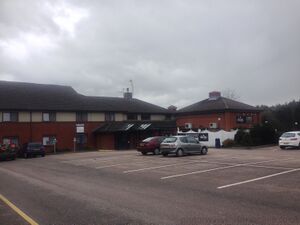 Bar & Grill can be found at some Moto service areas. These are: