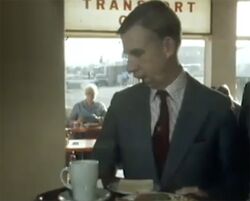 A lengthy study held during the 1970s aimed to establish why motorway service areas were providing such poor service, and why the established operators weren't interested in building new service areas.

The report was published on 21 July 1978 by the Committee of Inquiry into Motorway Service Areas, and made public on 5th September. It was headed by Peter Prior and known as the Prior Report.

It was a detailed investigation which saw interviews with the public and all the operators. The operators relished the change to air their feelings on the system, but had been concerned that the final report would be deeply critical of their practices. As a result, it had to be agreed that all criticism would be anonymous.

The investigation was prompted by a number of high-profile criticisms of motorway service areas, including those from Egon Ronay and the 1960s architecture review. These were both used as evidence. The operators had also previously made their feelings known, and comment was particularly sought from the MSA Operators Committee, Roadchef and Westmorland.

The Prior Report was one of the biggest changes of direction in terms of service station policy, but it also found that not all the negativity was justified. For example, despite the widespread customer perception that motorway service areas were ripping them off, the report found that service areas were typically making around 2% profit and a third of them were making a loss. Instead, the high prices were put down to high taxes and government regulations.

The report also drew comparisons with service areas in continental Europe - which were widely perceived to be offering better service - but concluded that standards were similar once the different operating environments had been factored in.

"The recommendations of this [will be] so practical and so obviously desirable"
Peter Prior, 1977

Ahead of the committee beginning, Peter Prior had told the media that "I'm going to do my very best to ensure that the recommendations of this [report] are so practical and so obviously desirable that no government can resist implementing them". Unfortunately, the report had very little impact.

The government were keen to take the report's recommendations on board, but a new government was elected in May 1979 - just 10 months after the report was published - and the new Secretary of State for Transport declared that he wanted to "disengage" from all aspects of motorway service area management.

The new government inspection scheme and its associated financial assistance programme, which was all set up and ready to go, was abandoned and new regulations were created to suit the new attitude that the government wanted very little to do with it.

The overwhelming feeling during the Prior Report was that operators had agreed to contracts that they couldn't work with, especially in terms of rent payments. Top Rank revealed that their profits almost doubled during the year after the policies were changed, and commented that "the whole industry is more realistic and viable" as a result of the changes that were made. Operators began refurbishing their sites, removing old fine dining restaurants, and introducing more snack bars, hotels and other experiments.

While many of these new policies were based on the recommendations of the report, the outcome had more to do with the political wind at the time. 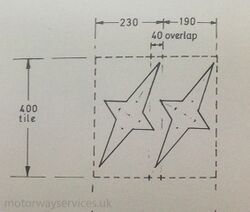 Star ratings were drawn up, ready to be added to motorway signs.

The suggestions made in the report were:

The Daily Mail reported the announcement by stating that alcohol would be introduced to restaurants, but it wasn't.