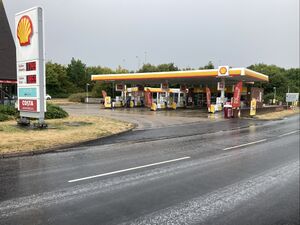 Boongate is a small corner of a designated retail area, which receives full signage from the north-eastbound carriageway. South-westbound traffic can access it too, but signage is limited by a lack of space and competition from nearby Eye. 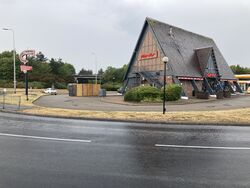 Pizza Hut is the only restaurant option which is officially attached to the service area.

Shell refer to this service area as Fengate, while some sources call it Margram. Confusingly, some even call it 'Peterborough services'. However the road signs quite clearly call it 'Boongate services'.

The filling station went onto become branded Q8 in 1993, who added a car wash to the site. This later became Pace in the mid-2000s following the merger of the two companies, and BP in 2007. In 2011, current occupiers Shell purchased the forecourt and added their Select store.