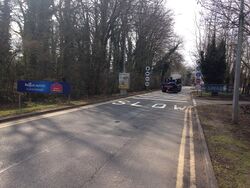 The turn-in rate is a measure used to compare service areas, especially when debating whether a new one needs to be built.

While service areas don't like to publicise their figures, it has been suggested that the national average turn-in rate is around 12%. The earliest motorway services had a turn-in rate as high as 20%. A low turn-in rate can tell us one of three things:

The benefit of using turn-in rate is that it's not influenced by how busy the road is. However, the type of traffic will still make a difference: HGVs tend to only stop when they need to, while a family car is more likely to take additional breaks.

While turn-in rate is a useful method of comparing different service areas, it's not especially useful for each individual service area. They will need precise sales figures or car park occupancy rates to allow them to decide how to manage their site. 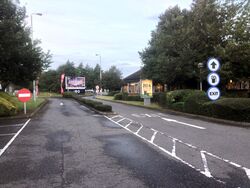 The same-side multiplier is the theory that, if a service area is positioned at a junction, the side of the road which is closer to the service area will have a higher turn-in rate. This has been calculated to normally be between 1.7x and 2x the turn-in rate on the other side.

The same study found that at Grantham North, custom levels were 2x higher from traffic travelling south than that which was travelling north. At the time the entrance was positioned directly on the A1 southbound but with signs telling northbound traffic to turn around.