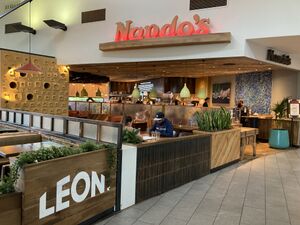 Nando's Peri-Peri chicken restaurant originated in Johannesburg, and was introduced to the UK in 1992. After spreading to shopping centres and High Streets it became a British cultural icon of sorts.