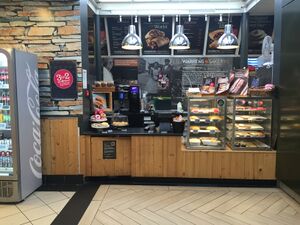 Warren's Bakery is a Cornish-themed offering which first opened at Cullompton on the M5 on 26 May 2015. Their stores were mainly concentrated in the South West of England until they began to expand (through franchising) into the North and the Midlands around the time their first motorway site opened.

Warren's Bakery remained with only one store on the motorway network until early 2020 where two stores operated by SSP opened at Cambridge and Peterborough.

Warren's Bakery operate at some Extra services. They are: